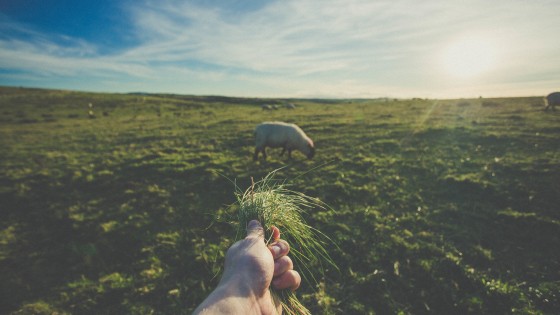 From Shepherd to King

Have you ever felt unsatisfied or unfulfilled in your work?

I work part time at an amazing church and love every minute of it! The rest of the time I work as a roofer. I don’t hate roofing but it does feel like “just a job” most of the time (if you know what I mean).

One day while I was out working on a roof, I found myself feeling unsatisfied with my current job as a roofer. I began to convey my frustrations to God and started asking him questions like,

“How long do I have to keep working somewhere that leaves me feeling unfulfilled?”

“If you have great things planned for me, why does my life feel so mundane and tedious?”

Moments later, I felt His presence invaded the rooftop so tangibly and thick that it literally caused me to worship and praise… until I realized I probably looked pretty ridiculous!

I asked God, “Why would you show up like that?”

“Don’t hate your time in the shepherd’s field,” He said.

Instantly I got a picture in my head of a young David worshiping in the shepherd’s field. He chose to make something that should have been mundane and average, into something marvellous and beautiful.

I also realized that these moments are what God uses to change us and shape us. As small and innocent as these moments start, they mold us into the people He calls us to be. David was only a simple shepherd but God shaped Him into a champion, a king, and a man after God’s own heart. I am a roofer, but like David, I know I’m so much more than that.

Let’s be like David, let’s be the type of people who would still be out in the shepherd’s field even if no one came and told us we were meant to become king.